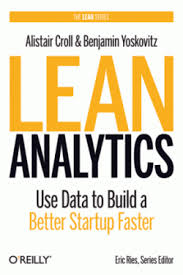 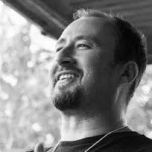 I was lucky enough to get an invite to DCU School of Business for a talk.

I knew it was something to do with analytics, which I figured could only be useful as we are currently trying to work out if you can run google analytics on a wordpress site. Now that is a whole other story, with a whole load of blogs, many wordpress ones including, offering really useful information on the pro’s and cons of using wordpress.com or wordpress.org sites. I guess that’s another days blog.

Alistair said he was tired, because he had just come in on the flight from Canada. Which is of course slightly cool too, that they got him over. It seems like if you offer these type of speakers the chance to come over, they often have an Irish relative, somewhere, even if it’s only an Irish Setter.

As he began he paid a quick spin through the principles of Erik Ries and the Lean Start Up concept, I realised how closely they were related. This was going to be a talk about the data that helps to underpin the whole Lean Start Up idea. Get feedback quickly, see what the customer wants, not what you want to build.

Don’t build it, and hope (mutter repeatedly to self) “they will come”, dammit!

As Steve Blanc repeatedly says, get out of the building, talk to people, validate your idea.

Alistair continued in the same vein, it is virtually free to test your concept now. I’m not sure if he was exaggerating,  but he said he told one company that the coders were to hold off coding for a month. Instead they were told to get out there and validate their idea first. See if anyone was actually interested in your idea.

With google now it is possible to quickly survey trends. Survey monkey is really helpful too, you can quickly develop an idea, and get 20 – 30 friends, family, whoever, to fill it in, and already, inevitably, you will get unexpected responses.

No data no learning

You can use analytics to understand how people fill in online forms. Where do they make mistakes, struggle, repeatedly go back. If it keeps happening at the same points, you have an opportunity to identify where are the bumps in your process. Which may discourage people who had been potential customers.

A lot of what Alistair covered was common sense, but it doesn’t mean that many people are actually doing it, and using this opportunity to learn and better understand what is, and is not, working for them.

This sort of easily gathered data is then invaluable for startups. He then listed all the great start ups that began making one thing and then realised they had actually solved a different problem, for a different potential customer. Successful companies then pivot, or change direction to respond to this new, interested market. While failed business keep trying to convince customers to buy a product that does not offer something they really want or need.

At this point too, I realise that people don’t want their blog posts to be too long.

So I will draw a line at this point, see what the level of interest is, digest what I learnedtoday, and then write a second post, containing more of the links to all the great resources he mentioned. It also makes sense to check out his own blog too.

To conclude part 1, it was a really interesting session and I think I still want to read the book.

Being there was a really useful insight into the importance of working out what is you want to measure, and think about what you will learn by measuring it, and what changes you will then make, as a result of analysing those results.